The webapp a React JS app written in TypeScript that provides a web-based interface to control the six channel multi-zone amplifier from Monoprice via a JSON API on a Raspberry Pi.

This project provides just the web application. You will need to have the JSON API project running already before you use this application. You can get more information about that API via this walk-through (API is hosted via github here - https://github.com/jnewland/mpr-6zhmaut-api). 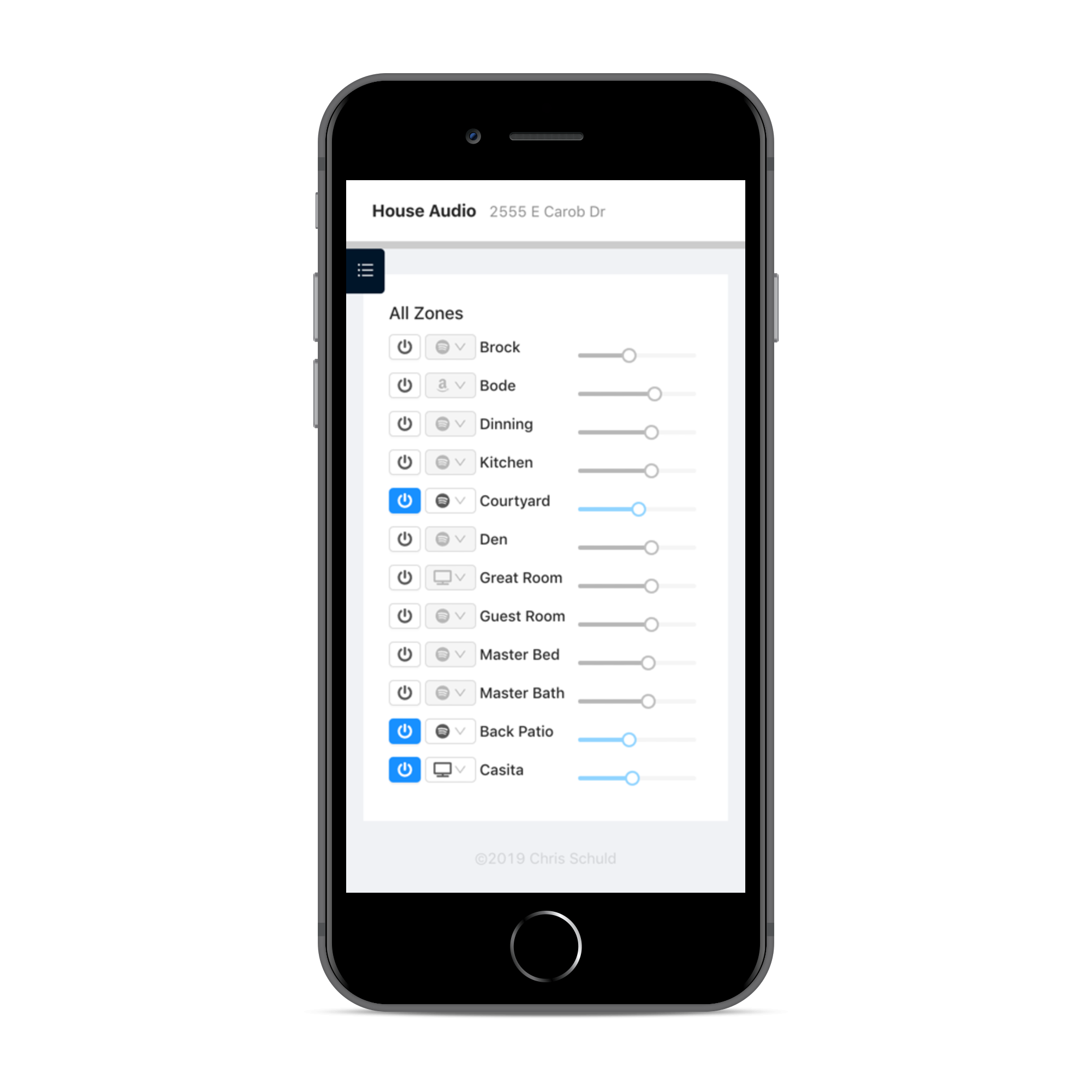 What do I need?

You need the following things for this app to work:

Installing and Using the Web App

To get started you need to put the TypeScript React app on your local machine (or on the raspberry pi). Also, you need to make sure you have the latest version of npm installed on your machine.

notes: move your change directory to your project directly

There is file in the root path called env.sample.tsx. You will need to copy this file over as env.tsx and adjust this file to match your amplifier/controller setup before you go to the next step. You will see in there that you can use custom icons for each zone/room. I have included what I use in my sample image to help your setup.

Now that your environment is updated you can build the App to get ready to ship it to the Raspberry Pi (where your API is located most likely). Staying on the same machine run the following.

Next, on the Raspberry Pi run the following commands to install nginx

Wherever you ran the npm run-script build command you will now see a build directory. Copy that directory to the /var/www/html path on the Raspberry Pi. In my case I built it on my local development machine and just used scp to copy the build directoy to the Pi. (Note: my Raspberry Pi is located at 10.0.0.82)

That is all it takes to use this application; if you point your browser to the IP address of the Raspberry Pi you’ll see the App!